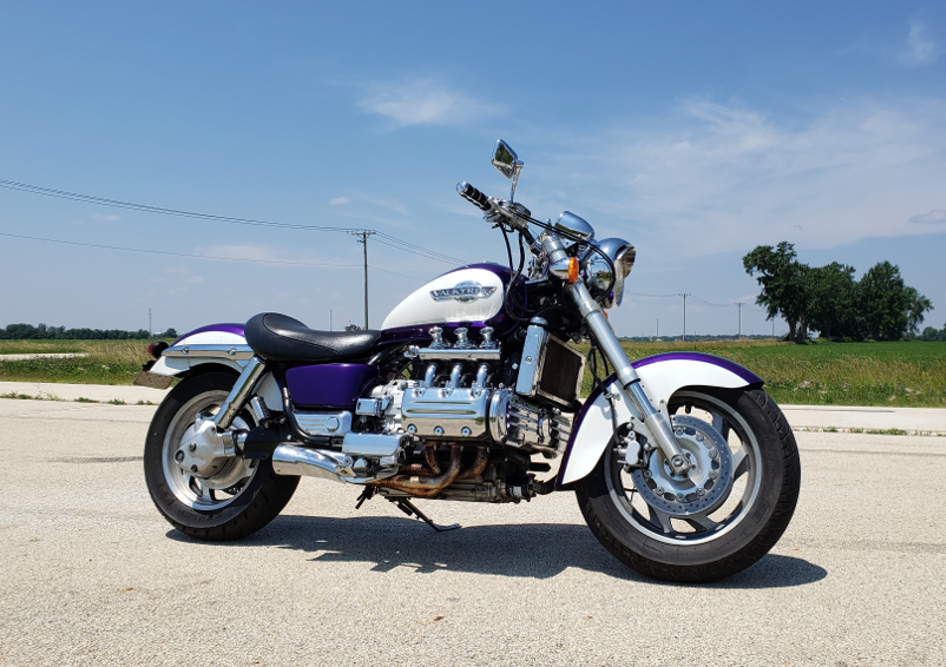 I bought my Honda Valkyrie bobber as an unfinished project. The previous owner left the bike in rough shape. I will explain the issues in this post. In the next post, I will explain what I did to solve the problems. I, also, plan to take my F6 Valkyrie deeper into bobber territory.

The previous owner hacked the bottom part of the rear fender off, just below the rear tail light opening.

They then installed an rear motorcycle light like the one below, which works well.

Unfortunately, the installer did nothing with the original rear light opening except put a little Duck tape on it.

The bike had a pair of headers installed, which ended under the foot pegs. There was no muffler. It was loud.

Although the noise was bearable, the bike was not tuned for those shorty headers. It popped and sputtered.

I can see a set of Cobra 6 into 6 pipes or glasspacks on my shorty headers are in my future.

The master cylinder cover was not from original equipment manufacturer. It was a bulky piece that had slots for nickels, dimes, and quarters.

I took it apart to find the diaphragm damaged, which explained why the bike leaked clutch fluid.

The starter switch broke on the Valkyrie, so the previous owner wired in a push button switch and mounted it with zip ties on the handlebars.

The drag bars on the bike currently clear the gas tank, but at one time they didn’t.

And nobody seemed to care because the gas tank has two scratches and small dents from when somebody locked the bars while turning.

New bars will probably be in my budget.

Find the best deals for parts here to complete your Honda Valkyrie bobber.

After finishing the next part in the build, I will leave a link to it here. Also, check out the post I did with Honda Valkyrie forums and resource links if you have a similar project.