Varmits and small critters are a nuisance, and you can’t unload your shotgun on these pests. A better alternative would be to find the best pellet gun for squirrels.

A pellet gun is also known as an air rifle. An air gun comes in various types, calibres, models, ammos, and firing mechanisms. It operates at atmospheric pressures as low as 50 only.

A firearm, in comparison, can go as high as thousands of atmospheric pressure! Pellet guns also come in two distinct forms – pistols and rifles.

The main source of ammo for a pellet gun is a non-spherical projectile called, well, pellet. Its shape can be round, hollow, flat, or pointed tip tapering down to a thin middle or waist.

It’s commonly called “diabolo” among gun enthusiasts. Pellets are made of various materials such as lead, steel-tipped plastic, tin, and other materials.

With the pellet guns’ steady and accurate shots, gun buffs prefer lugging them to the great outdoors for small game hunting and target shooting.

Why would you use a pellet gun?

For general or target shooting, aim for the .177 calibre. It’s great for plinking and general shooting.

On the other hand, if you do a lot of small game hunting, then you’d be most comfortable with the smaller calibre, like the .22.

This air gun carries more firepower and its ammos can be found in just about every gun store. What you would use the gun for largely determines the answer to the next question.

What gun calibre is the best?

As in other guns, the calibre of a pellet gun refers to the internal diameter of the gun barrel. Below are descriptions of the most common calibres from the smallest to the largest.

Considered as the most accurate, the .177 is the only pellet gun calibre used for bulls-eye target shooting. For sports and general shooting purposes, this one is the recommended gun.

Since .177 pellets are very light, they tend to have greater speed than larger pellets. This is both good and bad.

The “good” is obvious if speed is important to you. This increased velocity (approximately 1,100 fps at sea level), however, negatively impacts on accuracy. Your best bet would be to choose the heaviest .177 pellets you can find.

The .20 calibre retains at high degree the best features of .177 and .22. Because its pellets are slightly heavier than the .177, the .20’s accuracy does not suffer with its relative speed.

If you’re looking for a pellet gun that works great both for target shooting and pest elimination, this calibre is the best pick.

If you’re buying your first pellet gun for hunting small to medium games, don’t bank on the smaller calibres; buy a .22 calibre.

It is the best choice for game hunting. High-velocity guns, especially the .177, will not cause a game to die immediately. The damage caused by a .177 may eventually result to death after several days, but not without pain to the animal.

Get the big one if you’re hunting coyotes and big animals. Heavier and bigger, .25 calibres are best for hunting at 50 yards max. They can be quite high-priced, though, especially the ones powered by pneumatic systems.

How strong you are says a lot about what gun will work best for you. You better have mean arm strength if you’re interested in getting a spring-powered air rifle.

This type of gun is powerful, reaching velocities of at least 1,000 feet per second. It needs to be cocked before each shot, which could be troublesome or difficult. You may want to opt for one of those pre-charged pneumatic guns; they’re comparatively a babe to handle.

But how powerful a gun do you really need?

If the gun you’re buying is simply for pest elimination, then get one that’s around 700 fps. A Pellet gun’s power depends on its calibre and powering mechanism.

All pellet guns are powered by compressed air, but there are 3 different methods used to provide that power – by spring piston, pneumatic, and CO2 gas.

A pellet gun with this firing mechanism requires cocking shot after shot. The most common type of all pellet guns, it is affordable and easily maintained. A spring-piston gun provides consistent power, projecting pellets at the speed of sound. You do need to have powerful strength to cock, control, and handle a fair amount of recoil with this type of gun. These guns shoot up to 1,250 fps, but take note that accuracy may suffer with high velocities.

Pneumatic guns use pre-compressed air, and they can be multi-stroke, single-stroke or pre-charged. These are good options for those who prefer easier cocking, less recoil, and great accuracy.

Generally, pneumatic guns afford easy cocking, high accuracy and consistency. Multi-stroke guns shoot at least 1,000 fps. Single-stroke guns produce less power than the other types and shoot at around 500-600 fps, but are generally more accurate than multi-stroke types. The pre-charged pneumatic (PCP) shoots at around 700-750 fps, and can be quite expensive.

CO2 powered pellet guns have cartridges that have to be filled and refilled with CO2 or carbon dioxide. They have the advantage of semi-automatic shooting, simpler cocking mechanism, and lower cost.

A CO2 gun has around 900-1000 psi of power, but this can be affected by temperature.
Before you do any expensive buying spree, check with your state or city regulations. Read reviews and ask yourself the questions we posed above.

Find the best air rifles for squirrels on Amazon. 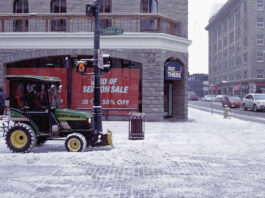 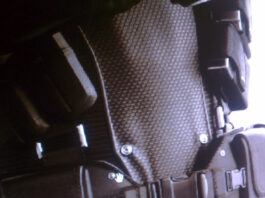 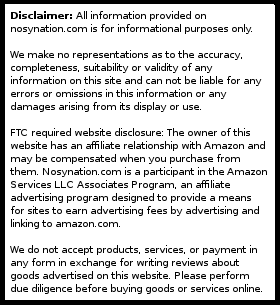