With more advanced weapons technology, several gun companies have ventured into making faithful replicas of MP5s in the form of airsoft or paintball guns, to the delight of many gun enthusiasts.

Here are three of the best airsoft MP5 rifles on the market and why they’re a must-have in the field. 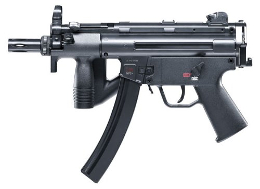 The Umarex H&K MP5K PDW is a lifelike semi-automatic BB gun and is a modification of the MP5K developed over two decades ago.

It’s relatively light at 2.4 lbs and derives power from a single cartridge 12-gram CO2 (not included).

It features a side-folding stock which easily folds up by lifting the front up at the hinge and folding to the right where it locks securely in place.

It has a threaded three-lug barrel which is ideal for attaching a silencer, and a sturdy fore grip for increased stability.

Overall, it feels tough and rock-solid. With proper care and maintenance, this BB gun could easily outlast most guns in your airsoft arsenal. 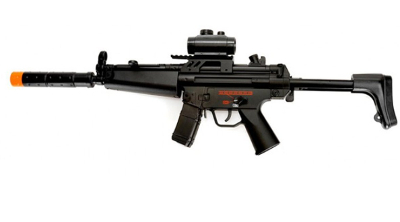 It weighs around 5 lbs, packs a muzzle velocity of 250+ fps and features a cutting-edge adjustable hop up slider to sight in your rifle for a more powerful and superior shooting accuracy.

This MP5 from CYMA is truly a good starter weapon for training newbies and rookie players on firearm safety and handling.

Unfortunatley, Amazon no longer carries this unit, and you’ll have to look into the used market for it. 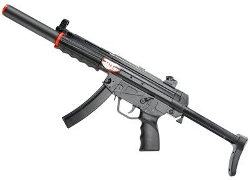 Made of half tough plastic and half metal, the UHC MP5 SD3 spring airsoft submachine gun is indeed built for durability.

This is the exact replica of the MP5 SD3 frequently used by the Army’s Delta Force and the Navy Seals in their covert operations.

The real McCoy is much admired because of its extreme power, precision and maneuverability – superior qualities being replicated by this airsoft MP5.

The UHC MP5 SD3 comes fully automatic which can empty a full 20-round clip in less than 10 seconds.

It also includes a fast-loading 20-round clip and packs a powerful muzzle velocity of 300 fps that blasts the pellets flying.

The sturdy collapsible metal butt stock fits the shoulder to a tee, and the detachable silencer delivers a nice muffled sound that won’t give your position easily away.

It is deadly accurate it can hit a life-size target at 75 feet and the Hop Up system gives it an extended range with yet remarkable accuracy.

Verily, if you want an airsoft gun that delivers an all-in-one high performance, durability, great accuracy.

Unfortunately, Amazon no longer carries this unit, and you’ll have to look into the used market for it.

What is the best airsoft MP5?

Other than this, Umarex lags in long-range shooting accuracy to both; while it may be ideal for close quarter combats, it is devoid of an adjustable Hop Up system (both UHC and CYMA are equipped with this) for extended range accuracy where it certainly matters most during combat plays.

As regards maneuverability, UHC’s MP5 SD3 has a remarkable edge over Umarex and CYMA.

CYMA’s gun weighs heavily at a staggering 5 lbs, Umarex at almost 3 lbs, while UHC comes at 2.4 lbs only; you’ll have ultimate freedom of movement sprinting from cover to cover, sliding in or diving.

Airsoft guns vary in types and designs with near-perfect or scale replicas of every conceivable firearm, from revolvers to pistols, from shotguns to sniper rifles, from high-powered AK-47s to M-14s to MP5SD.

But the choice is yours to decide which airsoft gun best fits your personal preference and requirement.

Electric-powered – regarded as the most powerful among the three types and also known as automatic electric guns (AEG), these semi- or fully-automatic guns are power-driven by rechargeable batteries.

An electric motor turns the metal or plastic gearbox on, which in turn drives the firing mechanism.

In semi-automatic mode, the weapon fires a pellet each time the trigger is pulled, sans need of cocking it between shots.

In comparison, a gun in fully-automatic mode releases rounds for as long as the trigger is squeezed.

Spring-powered – this type of airsoft gun needs to be cocked before each shot by pulling and releasing the spring, which then fills a chamber with compressed air. When you squeeze the trigger the air is released that forces the BB out.

Gas-powered – this kind of gun uses compressed gas canisters (either CO2 or propane) kept in a gun reservoir. When you squeeze the trigger, a jet of gas forces the pellet out.

Used commonly in pistols than in rifles, it can be extremely powerful.

You can use any of the two features: a non-blow-back (NBB) gun type where the slide is fixed and you feel no recoil, and; the gas-blow-back (GBB) where the gas pushes the slide back to simulate realistic recoil of a real gun.

With the game’s growing popularity, there is definitely no lack of airsoft guns and supplies, especially if you are looking for the best Airsoft SMG.

In fact, a tremendous variety of this equipment floods the market.

Be it online or in stores, airsoft manufacturers the world over battle for supremacy in delivering the most advanced and state-of-the-art airsoft rifles and handguns to a diverse group of clienteles – from beginner hobbyists to professionals and experts, alike.

The issue lies in deciding on the type of gun to obtain, and the presence of the following qualities – power, accuracy, and durability.

Among the three types of airsoft guns, automatic electric guns (AEGs), such as a sniper rifle, rank the most powerful.

A customized sniper rifle can shoot at well over 500 fps (feet-per-second), while an automatic electric pistol (AEP) can fire at around 250 to 400 fps.

An FPS rating signifies the speed at which a pellet leaves the gun. So, the higher the FPS rating, the more powerful the gun will be.

Next, you’ll want to consider the gun’s accuracy.

Automatic electrics can hit targets accurately at a range of 100 yards, while low-powered guns are effective at 75 yards.

If your budget allows, choose those powerful guns that can shoot targets at longer distances without compromising its shooting accuracy.

When it comes to finding durable airsoft guns, steer clear from cheap ones that can’t withstand the most rugged playing fields and harsh environments.

Look for the metal types, not plastics. The former are sturdier and lasts longer than the latter, which can break easily after hard use.

Verily, aesthetics alone does not make an airsoft gun great.

You’ll want a powerful gun that performs well according to whatever role you intend to play, especially in those team competitions.

Your role may require you to use an assault rifle for close-quarter combat, or a sniper rifle to pick adversaries from afar, or a sub-machine gun for sustained firing. 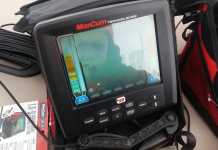 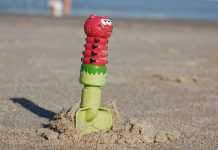 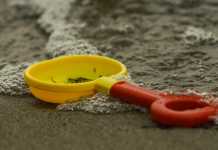