Home Lifestyle Money clip vs wallet: And the winner is …

When it comes to money clips vs wallets, some guys may use what their father’s did — just because that’s what they know.

My father had a wallet — filled with cash, pictures of the family, and cards. His wallet was always worn-out and overstuffed. I am not going out on a limb to say that image is commonplace for most guys who keep a wallet.

My wallet looks the same. But I don’t use it. It is in a drawer in the house. It holds cards used infrequently.

In place of the billfold, I have used money clips and slim-style wallets. Also, I have used rubber bands and binder clips in a pinch.

Wallets are like warehouses. They hold a lot of photos, cards, and cash — even a condom for young men out on the town. There’s even room for receipts, multiple credit, and debit cards. They are little storage facilities!

The expense is that they become bulky and large, which can be an issue.

If the wallet is in your back pocket, this means you are sitting lopsided all day. (Think of the Seinfeld episode with George Costanza’s wallet, which is as thick as brick.)

Of course, the wallet does not have to go in the back pocket. It can be put in a front jacket pocket, but you might end up with an asymmetrical bulge. Besides, it makes it look like you have a belly started on that side.

If you overfill your wallet, which most men are prone to do, any papers sticking out will be tattered and cards end up becoming bent.

Often, most guys need to prune what is in their wallet, though.

Money clips are minimal. They contain vital information — an ID, credit card, and a little cash.

Because there is less to lose, money clips may be a little safer. Also, clips often go in the front pants pocket, rather than the rear. A wallet in the rear pocket leaves an indent — a visible sign for a pick-pocket.

With the popularity of debit and credit, carting $100s in cash has become a liability. If lost or stolen, that cash is gone.

Cash is still viable for purchases like haircuts, sodas, or at food stands. It is still important to keep some on hand. Cash has been being replaced by plastic for quite a while now.

Money clips have negative connotations. Most of us think about money clips holding a wad of cash like we’re some sort of under-the-table-cash-making hooligan.

Some money clips look tacky. Example: I had one in the ’90s that was a gold-plated dollar sign — 100 percent tacky and not the best money clip. (I was a teenager at the time.)

But, money clips can be just as stylish as a leather wallet. I have seen some elegant metal money clips.

Wallets vs money clips: What I use nowadays

I have a wallet and a slim money clip style wallet.

The wallet contains two debit cards, voters registration, college library card, public library card, certifications, a check, a deposit slip. I don’t prune anything in this wallet and just add to it.

The wallet only leaves the house when I need to use one of the cards, which is about once a every few months.

I keep another slim front pocket wallet with me everyday. It is similar in size to a money clip.

It has enough room for my ID, credit card, health insurance card, and a little cash.

For daily life, I don’t need anymore. It would we a waste to keep anymore in this wallet.

In theory, I could keep the health insurance in the wallet because I rarely use. But, I do a lot of cycling and running and would be vital to have that on me if there ever was a health issue on the road.

Cash gets used if the purchase price is under $10 and the card is used for everything else.

I don’t have a need for pictures in a wallet. Smartphones do that much better. They also allow for receipts to be kept in email.

My winner in the money clip vs wallet debate: I say there is no debate. Both have a place for their purposes, and it is up to you to determine what works best for you.

Find the best money clip or wallet on Amazon. 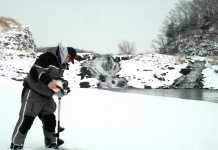 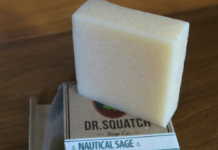 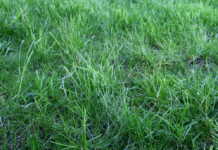